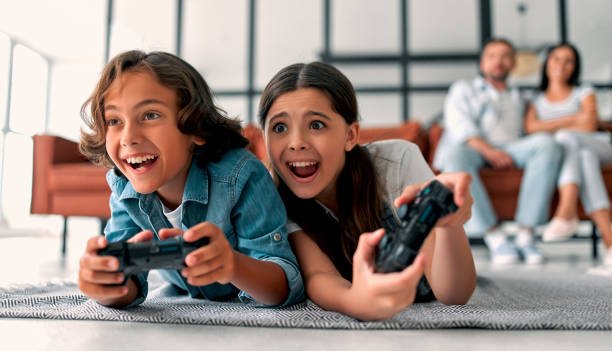 There is no doubt that video games have become increasingly popular among teenagers over the past few years. But what role do they play in enhancing teens’ critical thinking skills? In this article, we’ll explore the potential benefits of video game play in developing teens’ critical thinking skills. We’ll also look at some of the challenges that need to be addressed for games to truly be effective learning tools.

What Are Critical Thinking Skills?

The Different Types of Video Games That Enhance Critical Thinking

1. Strategy Games: Strategy games require players to think critically to plan out their moves and achieve victory. Popular examples include games like Chess, Go, and Settlers of Catan.

3. Story-Based Games: Story-based games often require players to make choices that affect the outcome of the game. These choices can range from simple dialog options to more complex moral dilemmas. Popular examples include the Mass Effect and Telltale Games series.

Video games are often associated with negative effects, such as increasing violence and aggression. However, recent research has shown that video games can have positive effects on teens, including improving their critical thinking skills.

Critical thinking is an important life skill that helps us solve problems and make decisions. By playing video games, teens can learn how to think critically and develop their problem-solving skills. One study found that teenagers who played action video games made better decisions than those who didn’t play any video games at all.

So, if you’re looking for a way to help your teen improve their critical thinking skills, encourage them to play more video games!

The Benefits of Playing Video Games

It is no secret that video games are often seen as a waste of time by many adults. However, there is growing evidence that playing video games can have some positive benefits for teenagers – especially when it comes to developing critical thinking skills.

One study published in the journal Computers in Human Behavior found that teens who played action-based video games (such as first-person shooters or platformers) showed increased problem-solving skills and flexible thinking. The researchers suggested that the fast-paced nature of these games forces players to make quick decisions, which may help them develop better real-world critical thinking skills.

One of the most important benefits of playing video games is that they can help teens develop critical thinking skills. To be successful at gaming, players must be able to think strategically and make quick decisions. This type of thinking is essential in many real-world situations, such as problem-solving at work or making split-second decisions while driving.

Other research has shown that video games can also help improve teenagers’ memory and attention span. A study published in the journal Nature found that young adults who played Super Mario 64 for at least 30 minutes a day showed significant improvements in working memory and spatial attention compared to those who did not play the game.

So, if you’re looking for a way to help your teen develop some important critical thinking skills, don’t discount video games just yet – they may be more beneficial than you think!

Finally, playing video games can simply be enjoyable and provide a much-needed outlet for stress relief. With the demands of school, work, and other activities, it can be tough for teens to find time to relax and have fun. Video games offer a welcome respite from the pressures of daily life.

In conclusion, video games can have a positive impact on teenagers by helping them develop critical thinking skills. While some people may believe that playing video games is a waste of time, the reality is that they can be used to teach important life skills. By carefully selecting the right games and monitoring their gameplay, parents can ensure that their teenagers are getting the most out of their gaming experience.

Previous post The Mental and Physical Benefits of Video Games 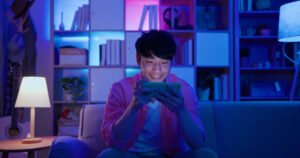 Next post Why Is Online Gaming Becoming So Popular?

It’s no secret that the gaming industry is booming. From smartphones to computers, there isn’t a single device that isn’t...